How Mike beat FAI in both hips without surgery. 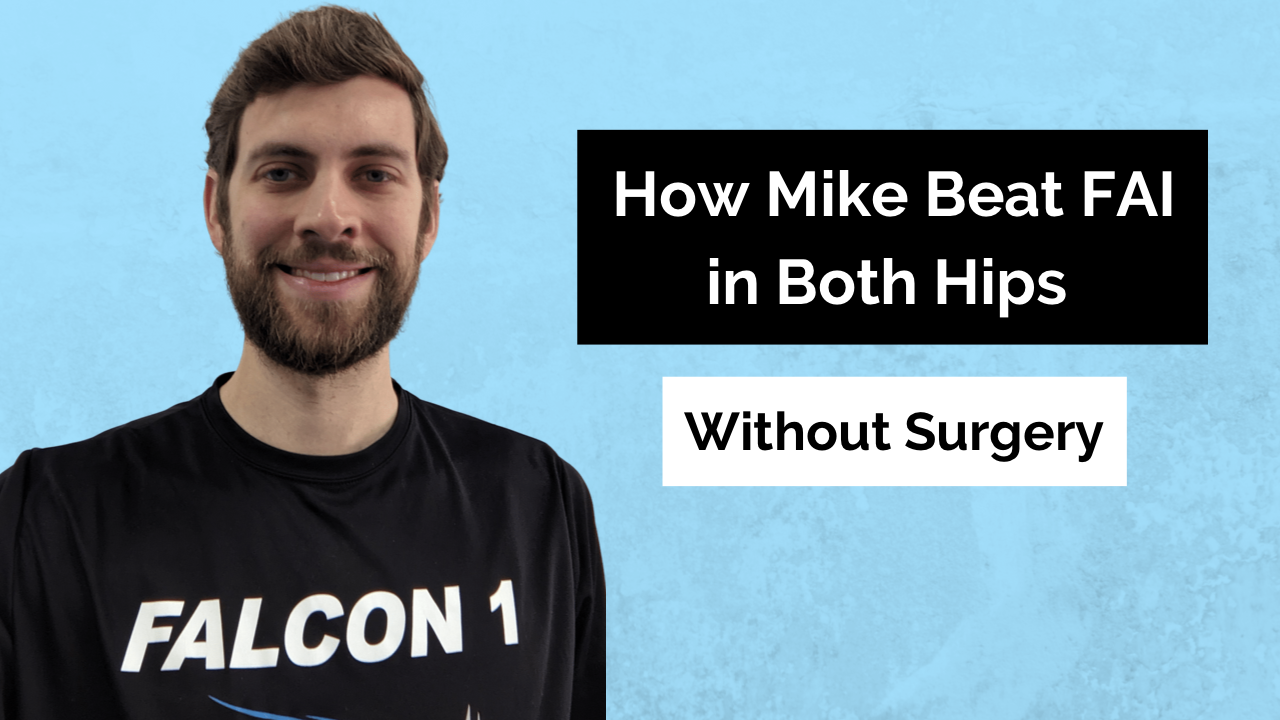 I became a client of Maks in July 2021 after I had been in hip pain for 10 months. I am a 33 year old karate instructor and injured my right hip kicking on some heavy bags.

It started with a sharp pinching sensation in my groin and after a week or so all of my hips locked up and my range of motion for both hips went to very little. I could not kick to my waist level which in my business is not a great look when you still appear young and fit.

I had constant hip pain and eventually low and upper back pain every day. Doctors said I had FAI on both sides and labral damage and sent me to Physical Therapy. After that didn’t work I was told I needed surgery and soon after, my hips got worse. 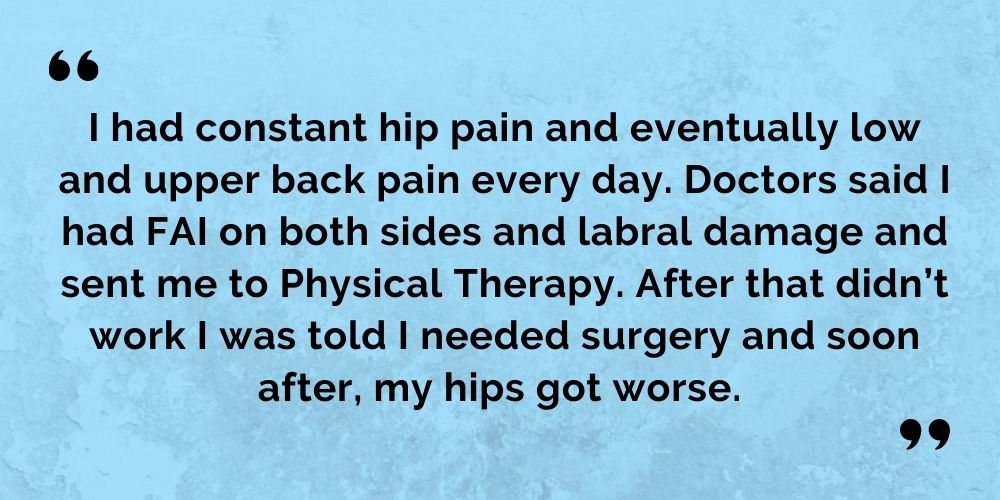 I was struggling with feeling hopeless and dejected about my situation. I came across some resources online and became convinced that FAI was not really about bones, but the muscles and that my problem was injured and dysfunctional muscles.

I purchased the an online course and began working with that for several months and could see myself making progress but without one on one coaching, I felt like I had hit a wall in my progress and was still in a lot of pain. I would make some progress in a couple areas but then when I switched my focus on the stretches and exercises I would backslide in the areas I had just made progress in.

So at this point I felt I needed personal coaching and was referred to Maks. After our first virtual meeting I knew this was what I needed. He was able to assess my individual abilities and limitations through his assessments and gave me a tailored program that would give me the biggest bang for the buck. 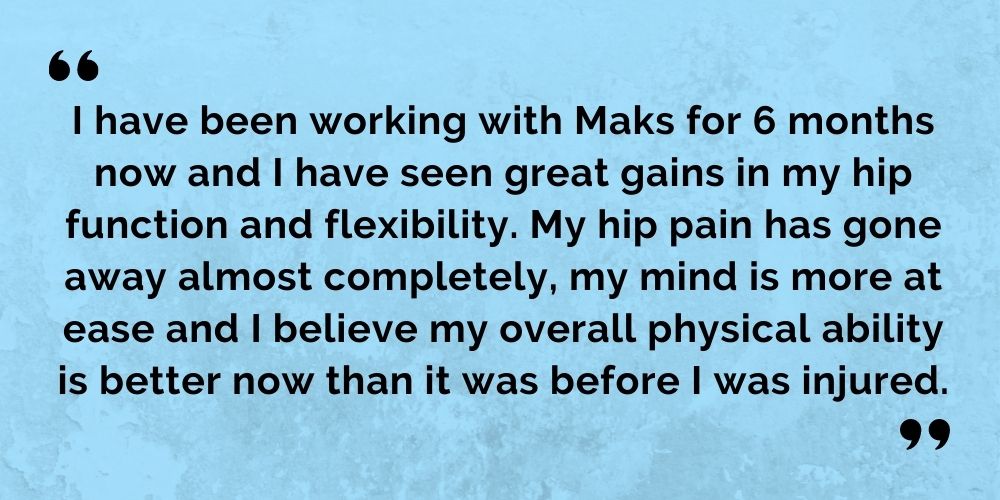 Another huge thing he did for me was listen to my concerns and patiently guide me thru the experience of chronic pain. It was important that he had gone through the same issues as me and had come out the other side stronger for it so it gave me hope that this was something I could beat.

It also took a load off of me from trying to be my own program designer. I was spending about 1.5 hours or more every day on massage, stretching and exercises and it was wearing me out physically and mentally.  Maks was able to help me slow down and relax.

Within a month or so of us beginning our program my hip pain decreased significantly. I have been working with him for 6 months now and I have seen great gains in my hip function and flexibility. My hip pain has gone away almost completely, my mind is more at ease and I believe my overall physical ability is better now than it was before I was injured.

I was able to play on the playground with my 2 year old daughter like I was a kid again without fear I was going to damage my body.

Before I was training with Maks I feared I would never be able to move my hips without pain, would need to close my business and change careers and was destined for hip surgery and arthritis. I still am not quite where I want to be but I have seen documented progress over the months and know I will get there with time and work.

The decision to work with Maks was the best one I have made thru this process and the cool thing is it is not a quick fix product like surgery. Instead, it is an investment in my body which has made me stronger and given me knowledge that will help me the rest of my life. 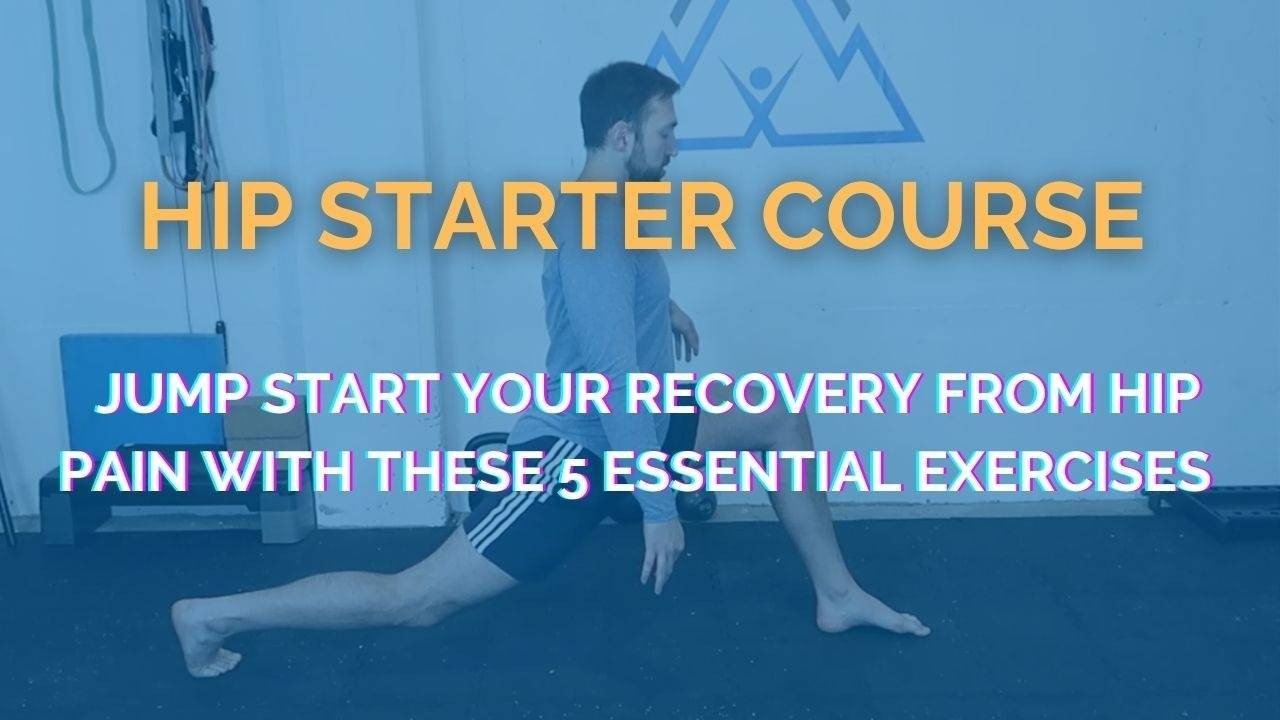 In 12 days, learn how the right exercises can get you out of chronic hip pain. 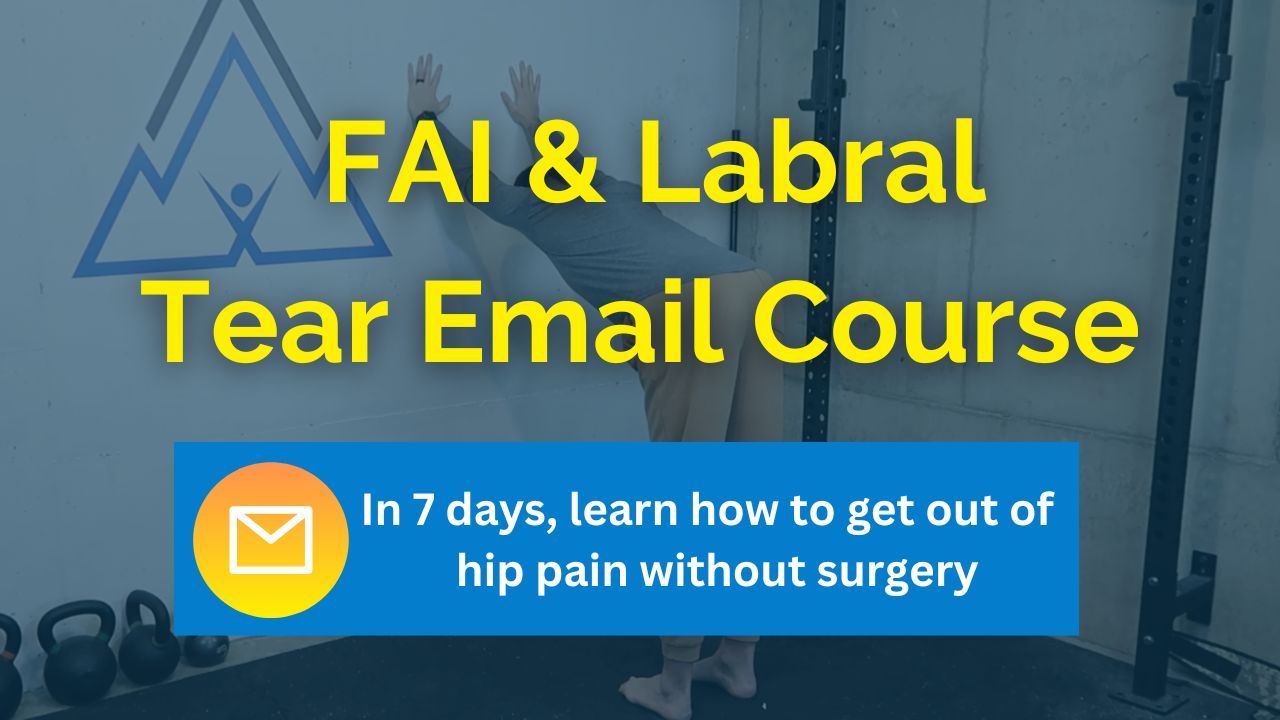 Do you have FAI and/or a hip labral tear?

Sign up for my free email course to find out how to get out of hip pain without surgery. 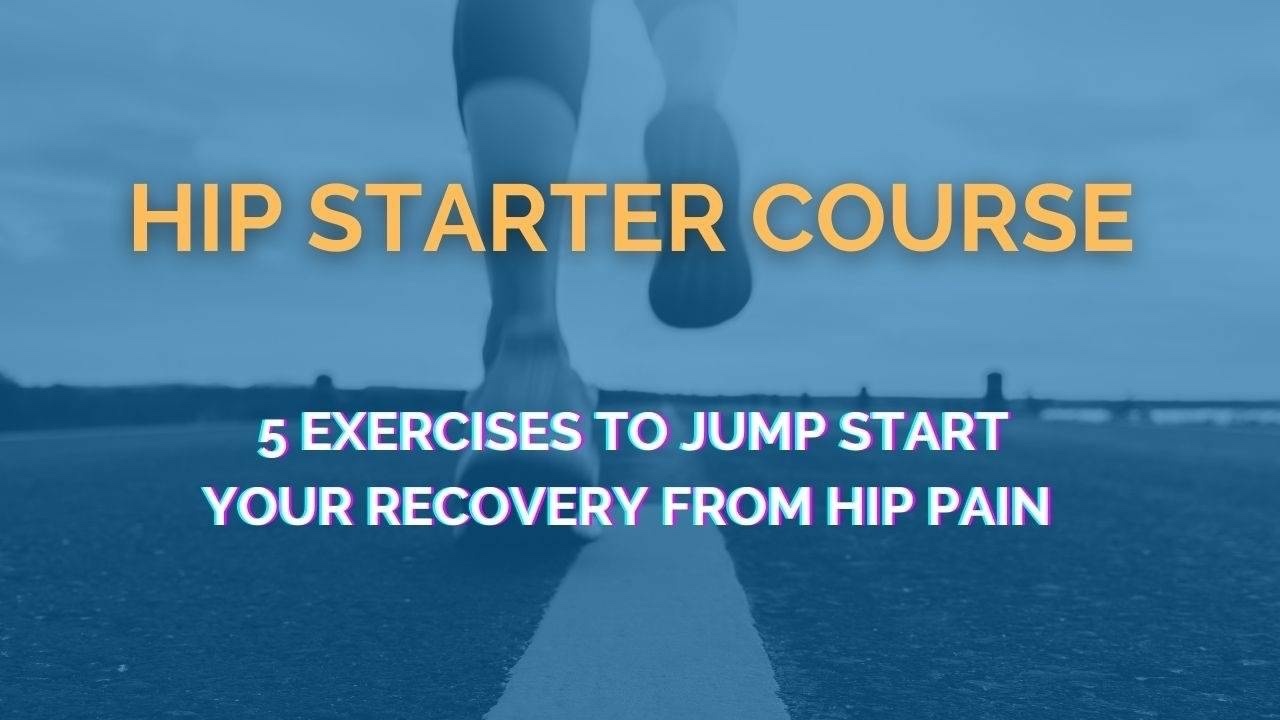